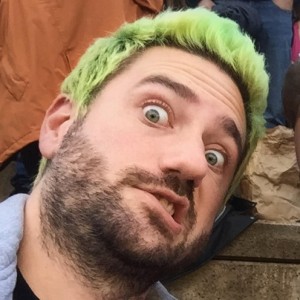 During his time at school, Martin already took his first steps in information technology by writing down one or another notebook entries in HTML, to the woe of his teachers.

After gracefully failing as a Rocket Arena III pro gamer (at least he got a good trashing in ESL Premier League), a short trip working as mechatronics engineer alongside a few web side-projects (e.g. "myKlique" - social network) and attending state college for technicians for most of the evenings of the following three years, he finally arrived in computer science also professionally, about eight years ago now.

The question "How does such an iPhone app actually work?" was answered quickly and he should become an iOS developer. As those small-scale agency projects seemed somehow annoying, he fled into a larger Unity 3D project together with some colleagues.
Though the Apple fanboyism is very strong in him and as Swift finally reached adulthood in version 3, he found himself forced to do native iOS projects again.

In his spare time he plays electric guitar in a band called KENTUCKY SCHREIT, gets frustrated with his wife's 3D printer or tries to teach his cat the very foundations of computer science (with very limited success).